One day, the children held a concert and played music for the babies at the nursery.

The babies enjoyed the children's lovely music very much.
"The big kids are so clever!" they said.
From that moment on, they wanted to learn to play music just like Bell and Susie. 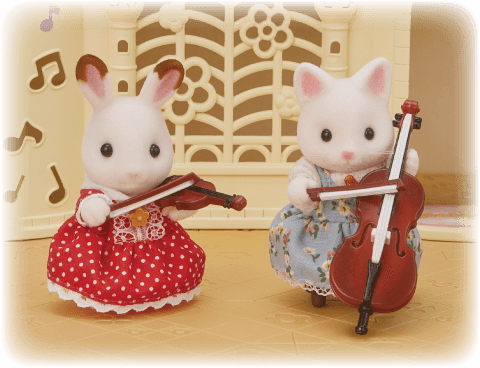 Luke the Hazelnut Chipmunk baby and Grace the Hopscotch Rabbit baby were especially fascinated by the instruments.

They badly wanted to learn how to play beautiful music like the big kids.

After the children finished playing, Luke and Grace picked up Susie's cello and Bell's violin while the children weren't looking.
"Shh", they said to the other babies.
"Don't tell anyone!" 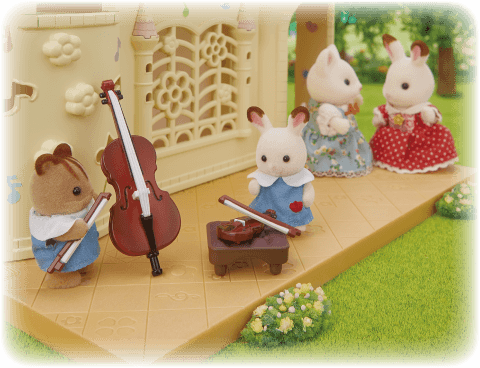 Grace and Luke moved the bows of the violin and cello across the strings like they'd seen Bell and Susie do.

It didn't sound like the music from the concert at all!

"Oh, no!" cried Grace and Luke.
"We broke them!"
They hurriedly put the instruments back where they had found them. 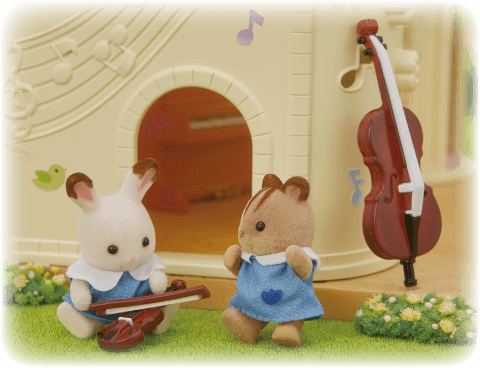 Grace and Luke felt very disheartened. The other babies played happily, but Grace and Luke were too sad to play.
“What’s wrong?” asked their teacher, Nikki Periwinkle the Sweetpea Rabbit mother.
“We broke Bell and Susie's instruments”,
sobbed the two babies.
“We're so sorry!”
“It’s all right”, said Mrs. Periwinkle gently, smiling at the babies.
“They weren’t broken at all. Playing beautiful music on a violin or cello is very difficult. You have to learn how.” 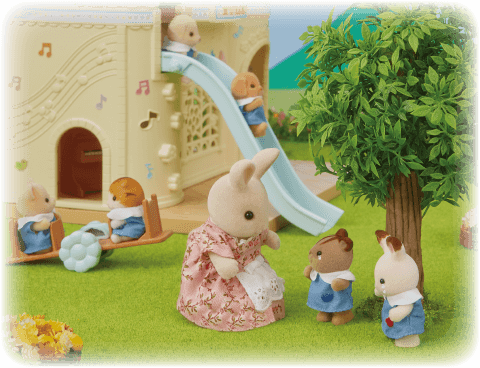 And then Mrs. Periwinkle had a great idea.
“I know a way the babies can have fun playing instruments”, she thought.
She asked the other villagers to help her with some special gifts for the babies – instruments that were just right for them!

There were kazoos and xylophones, all in pretty colors. The babies were very happy indeed.

From that day onward, beautiful music could be heard from the nursery every day. 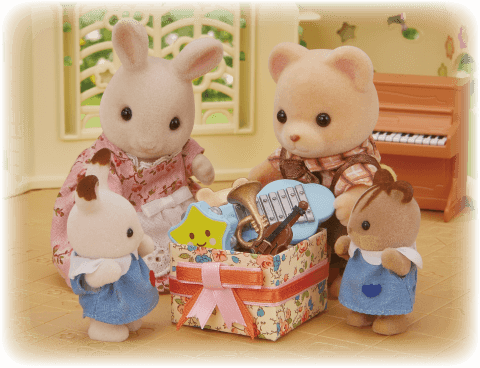 And then one day, the babies had a concert of their own!

Everyone from the village came to listen, and enjoyed it very much indeed.

As Mrs. Periwinkle played the piano, the babies played their hearts out. When they were finished, the audience clapped and cheered. The babies felt very proud - their dream of playing beautiful music had come true!